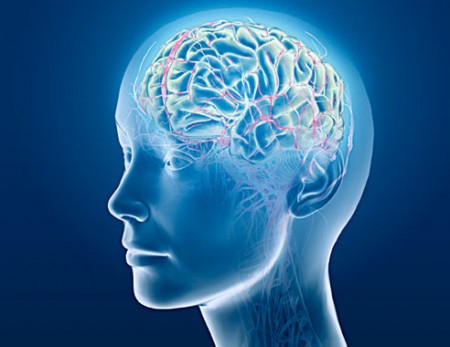 A normal brain lights up like a hearth in a PET scan whereas a depressed brain is usually dark, with only a only few glowing embers. A brain scan seems like quite a work of art and in some ways represents the light and darkness in a person’s life experience. But speaking scientifically, a PET scan shows doctors the levels of activity in different parts of the brain. A medical professional who uses such scans to apply the newest treatment models in Treatment Resistant Depression is Dr. Manish Sheth, a desert area psychiatrist.

He recently spoke at the Rancho Mirage Network Luncheon hosted by Addiction Therapeutic Services and works frequently with those suffering from substance abuse as well. Some have just accepted relapse as a part of recovery. But Dr. Sheth is one of the many doctors who decided to “look through the fog” to find out why relapses happen, and how the medical community can help stop them. At the luncheon, he offered up a wealth of research that could revolutionize treatment. It may even revolutionize the way that individuals and insurance companies support treatment for depression!

The new advances in neuromodulation are extraordinary according to double-blind studies for both surface and deep Transcranial Magnetic Stimulation as well as studies for other neuromodulation devices. The new processes help specialists to target an individual’s brain directly without dangerous side effects and without the typical compliance issues (that is non-compliance when it comes to a pharmacological regimen) that patients of depression and substance abuse tend to exhibit.

According to the International Neuromodulation Society (INS), neuromodulation can be defined as “a technology that acts directly upon nerves. It is the alteration—or modulation—of nerve activity by delivering electrical or pharmaceutical agents directly to a target area.” That basically means direct brain stimulation by a technological device.

Before the current devices were developed, some treatment programs included Electroconvulsive Therapy because research had demonstrated that nerve function controls depression. ECT was an effective way to stimulate nerve conduction, but needless to say, no one was a fan of electric shocks being delivered to an individual’s brain. There were also invasive treatments that involved a doctor cutting into the brain as well as Vagal Nerve Stimulation which required a doctor to open up tissue in the neck and insert a pacemaker-like device that delivered electrodes to the patient’s Vagus Nerve.

Transcranial Nerve Stimulation (TMS Depression Therapy) on the other hand does not require anything invasive to happen. Neither does it require anesthesia, nor does it involve radiation or electric shocks of any kind. It also does not threaten lapses in memory or disturbances in sleep cycles like some of the previous treatment models. Surface, or superficial, TMS proved effective back when studies were conducted 8 years ago. However, in 2013, when doctors found that the efficacy of deep TMS to be significantly higher, the field completely changed.

Deep TMS stimulates “deeper” structures in the brain that control dopamine pathways and seem to help to control the cycle of relapse. This part encompasses the addiction center of the brain. While the threshold of stimulation is different for each patient, Dr. Sheth says that patients at his outpatient clinic have an attrition rate of less than 2%. That means 98% of patients complete treatment. Doctors use cortical mapping to helps them to understand which angle they should place the stimulation helmet. They then set the correct threshold, and soon enough, depression is history!

When patients are undergoing TMS treatment, there is no restriction on diet and according to Dr. Sheth, patients have not reported problems with driving or sleeping. Patients come to the the clinic for TMS sessions 5 days a week for 6 weeks and most report feeling better in the first couple of weeks. Dr. Sheth adds that “they are self-motivating and take more ownership of their treatments,” which itself is a sign of depression symptoms clearing away. He also believes that TMS improves participation in treatment programs for substance abuse and that patients feel significantly better after four weeks of sessions. Where the normal remission rate for depression is 35%, TMS patients have experienced a 42% remission rate. Pregnant women and those facing depression in their postpartum period have also sought out TMS treatments and found them to be beneficial.

At this time, there is data both supporting the efficacy of TMS as well as showing that its results can and often do last up to a year. As research continues, we hope to find out whether the benefits of TMS can last beyond one one year. If you have any TMS anecdotes, please send them our way!

Want to join the discussion?
Feel free to contribute!

C-Suite Conference for Recovery Industry Begins the Dialogue About Parity and...
Scroll to top